This Sunday marked the 153rd anniversary of the Battle of Pleasant Hill. Every year since the late 1970’s, there has been a re-enactment held on the actual battlefield about 3 miles from the modern site of the Village of Pleasant Hill. This year’s re-enactment featured approximately 400 reenactors from Louisiana, Texas, Arkansas, Mississippi and Oklahoma with a local group representing Natchitoches Parish.

Friday featured an open camp held for local educators so school groups could come and learn about life in the Civil War era. Saturday and Sunday each featured battles fought before a large crowd as well as the Battle of Pleasant Hill Queen, court and a contingent of festival and pageant queens from across Louisiana. In addition to the battles, the event featured a period dance and church service. 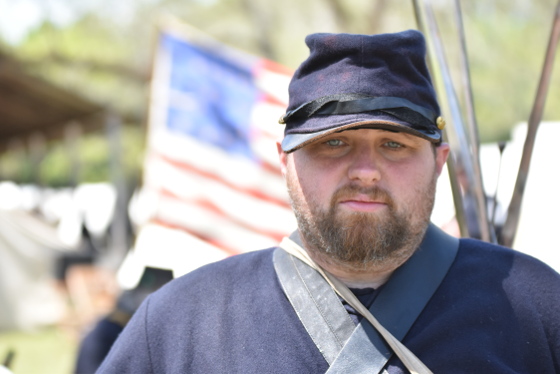